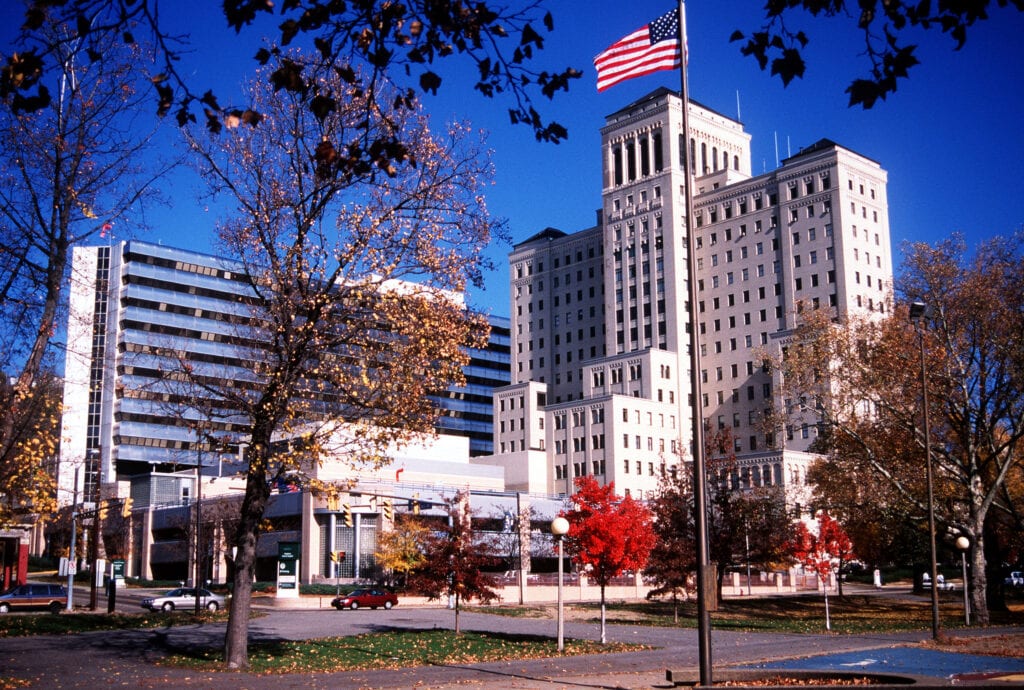 The LifeFlight program operated by AGH is a regional helicopter transportation service providing rapid transportation of the critically ill and injured patients in need of immediate and specialized care. Established in 1978, LifeFlight was the first hospital-based emergency aeromedical transportation system in the northeastern United States. Currently, five helicopters are based throughout the catchment area to operate rotor wing service within a 150-mile radius of the City of Pittsburgh, effectively covering 3.6 million lives. AGH has been committed to the trauma and LifeFlight programs by developing and maintaining a trauma system that is a center for excellence in patient care providing care to over 3000 injured patients annually.